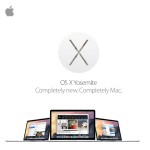 A few weeks ago, there was a lot of buzz about Yosemite Public Beta and fortunately, I have a chance to test it. Here’s a basic six-question FAQ about this craze in “non-tech” terms.

1. “What is Yosemite Beta?”
Only open to the first one million, Yosemite Beta is the early public release of the new operating system (OS X) on the Mac for the everyday consumer. Note the word beta as it means, “a trial of machinery, software, or other products, in the final stages of its development…”

2. “Is that what #YosemiteBeta is referring to social media sites?”
Yes. Folks that are using that “hashtag” term on Twitter are basically excited to share that they’re more than likely one of the 1 million that got access to the program. If you’re not sure what a hashtag on Twitter is, read Twitter’s tutorial. If you spot someone being a “hastag abuser,” send them this love link: howtohashtag.com

3. “How did you get a copy of the new version of Mac?”
I signed up to be on the waiting list on the OS X Beta Program. The program is limited to the first 1 million people, so if you’re interested, hurry up!

4. “How do I find out more about Yosemite Beta’s features?”
The popular tech blog Mashable has a great preview article by Christina Warren titled, “The Mac Never Looked So Good: OS X Yosemite Beta.” It quickly highlights the new look and features and includes a concise 2-1/2 minute video, making it easy to understand.

5. “What if I already switch over my computer but I want to go back to the old version?”
If you’re comfortable with your computer skills AND you have everything backed up, check out this great article on how to go about it by Christopher Breen, Senior Editor at Macworld.com, titled “How to revert to Mavericks from the Yosemite public beta.”

6. “How’s everything going on your Mac so far with Yosemite Beta?”
Pretty good and happy with it. One minor bug that, well, bugs me but I have sent the feedback to the Feedback Assistant provided. Here’s a quick tutorial on how to use it at oxsdaily.com, titled “Don’t Like Something in OS X Yosemite? Let Apple Know with Feedback Assistant.”

What about you? Do you love the new OSX or hate it? Did you installed it? Share your comments below. 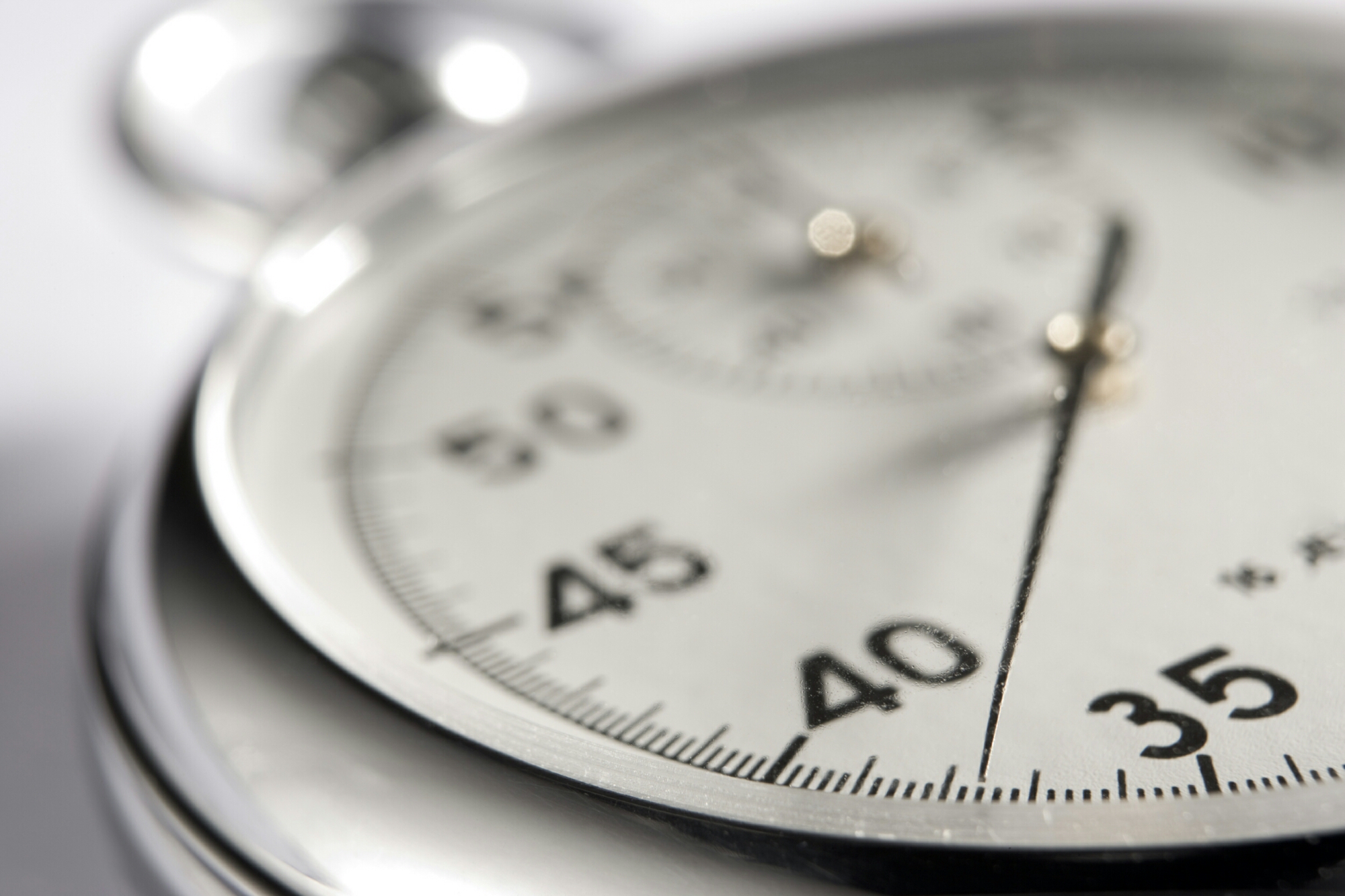 Today as a wait for someone to arrive at a meeting, I have time for myself. I can’t remember the last time that I actually had enough energy to do something for me that wasn’t on my “errand” or “must do today list.”

This time is precious because I didn’t used to receive it before when I ran late from one meeting to the next. You can’t help others, let alone yourself if you’re always running around trying to get things done. You become just a person going through the motions and even when you do finally get to the person/organization you were going to help, you’re not present. Physically yes, but mentally no.

It’s sad actually because in a Harvard Business Review article in September of 2012, numerous studies were conducted by Cassie Mogilner, and found that in each experiment the people who lent a hand to others felt as if they had more time than the people who did not.

I can only guess but I would think it helps to be fully present to gain satisfaction and time when volunteering.

So next time you’re in between activities, take time for you. Whether it be to clear your mind, to rest, to pray, etc… Take time. You only get so much of it.

Poster for Born Into Brothels, a THINKFilm release. Photo from Imdb.com

Falling in love with children is easy. Falling in love with children that you have a very limited capacity to help is quite another. I sincerely admired the strength of the protagonist photographer Zana Briski, who held on a strong face for the children and did her absolute to not only give them something to smile but also give them an education as a way out of the red light district. 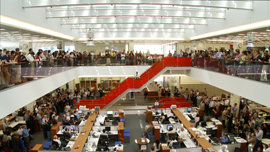 I still believe in the New York Times. I still believe that there is, not just room, but a necessity for diligent reporting. The Times still delivers it. It’s intriguing to how the newspaper company adapts and continues to have “The Times Effect” even on the digital media platform.

IMDb: Page One: Inside the New York Times (2011)
Unprecedented access to the New York Times newsroom yields a complex view of the transformation of a media landscape fraught with both peril and opportunity.
http://www.imdb.com/rg/em_share/title_web/title/tt1787777
http://www.takepart.com/pageone

An opinion piece was recently published in Yahoo! Voices and I wanted to share a quick preview. I encourage you to check out the full article and share your feedback. Do you agree or disagree?

I quit Facebook because it reminded me too much of a poor startup newsletter: it’s content completely dispersed, no solid direction, and desperate for readers. Dispersed. When you first open Facebook in the morning, you’re not sure what to expect. It could be a morning salutation, an inspiration quote or a rant. Let’s not forget that one random person that still “pokes” you…

“Did you even have a childhood?!”

Yes… actually I did. A couple weeks have gone by before I can even give a good description of what it used to be.

I used to color. I used to spend hours coloring different pages with various characters and wonderful sceneries. They would be so happy and full of life once there was color in the character’s tummies and faces.

And I would run. I loved playing tag and never sat still always wanting to chase or be chased. So much excited all the time, especially when there where bicycles involved.

Every kid should have a childhood. 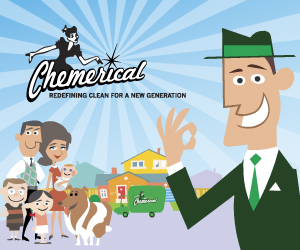 I highly encourage everyone that’s interested in becoming chemical-free to watch this movie and find out how much is really in your house. Thank you to all the people that are interested in creating awareness. I’ll be joining this as well. Keep an eye out for a couple of updates on how I do with this new adventure.

The NEWS industry is going down in flames. But not because of lack writers, editors, researchers or funding. It is because of lack of Curious READERS. Readers who care to take the time to understand and digest the world around. The real world. Not social media, not pop-culture, not Reality TV, not YOUR-30-Mile-Radius-World.   I leave you with a GREAT description of what true news is.

I started in this business because this is what I wanted to do. I knew I wasn’t going to write the Great American Novel, but I also knew there was more to life than buying something for a dollar and selling it for two.  I wanted to give the news to the world, and I wanted to give it unvarnished… Reporting the news is a privilege and a responsibility and it is not exploitable.
– WilliamParrish, Meet Joe Black, 1998 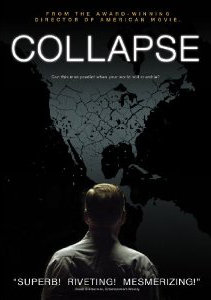 I just finished watching the movie “Collapse.” Incredibly insightful. It’s amazing what you find when you put the dots together. Everything is in oil. Everything. There has to be a way to decrease our dependacy and begin creating our food locally. Yes, locally. Why? Because all most all food is shipped. That takes transportation, which uses oil to fuel.

Thank you for continuing to speak up Michael.

Designed by illuminatheme.com. Powered with WordPress